idiotwind Frets: 59
February 19 in Other Instruments
New Drumkit Day.  Having sat in on drums at a few jams and found that I'm not completely useless at it, I was cleared to get a drumkit.  I had been pondering an electronic kit, but from everything I was reading you can spend a good chunk of cash and still end up with something crap.

There was a recent thread which re-inspired me to look at a smaller acoustic set as space was my biggest concern.  When I looked previously I'd seen the Ludwig Breakbeats, but reading around suggested the Pearl Midtown was much better for only a bit more.  There was also a couple of small Tama Club Jam kits.  Ideally I would have been able to go out and try a few, but instead took a punt on the Midtown.

16" bass drum, 13" snare, 10" rack and 13" floor tom.  Picked up some nearly new Zildjian L80s and a ragtag selection of hardware from eBay.  I've put mesh heads on everything except the bass drum which I've simply stuffed a pillow in for now.  Need to do some tweaking to get a bit more volume out of the snare in particular - I've seen tips about tape on the mesh to boost it a bit.  I don't need quiet, just strummed acoustic/polite electric sort of volumes. 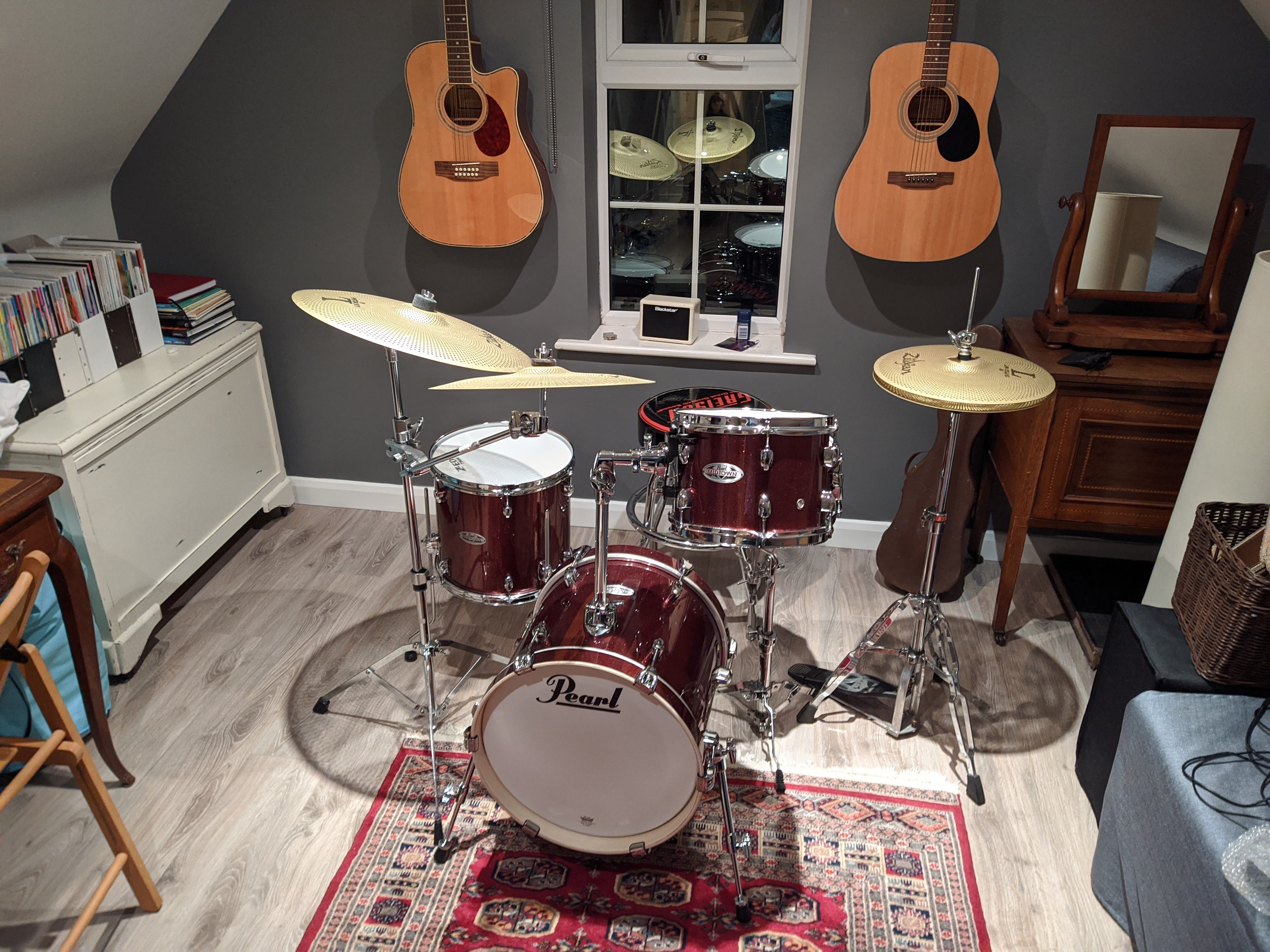 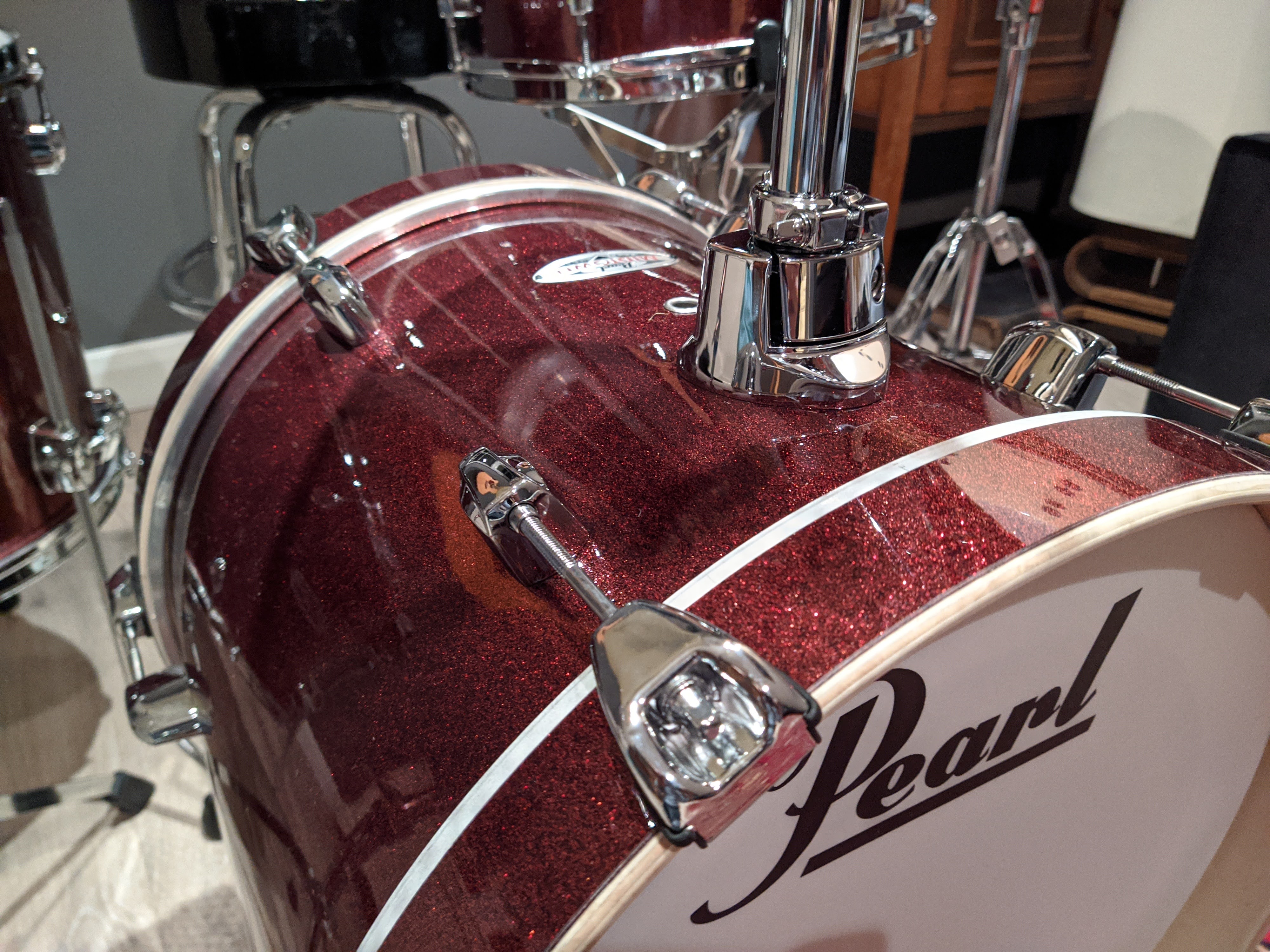