Jonathanthomas83 Frets: 3023
March 5 edited April 4 in FX
EDIT: This is now a thread for everyone to use to share and chat about the Zoia! Rather than just another mundane NPD! :-)
Original NPD post:
So last year I had to sell all my gear and was left with my trusty Strat. I had a bunch of pedals which I miss dearly and would love to buy them again one day. However, the thought of rebuilding kind of made me feel sick for about 4-5 months. So much so that I got an Axe FX in the interim and am only now coming around to the idea of putting it back together piece by piece as and when finances allow. So I've been building up a bit of a pot, ready for when the trigger needs to be pulled!
That said, I've been feeling like I want to try some new things and the thought of building what I call a "weird" board kind of excites me more than rehashing the same old pedals I've been collecting and recycling for years in my hunt for THE tone.
So I put together a list of "weird" pedals to try and get hold of that would eventually form part of a satellite board to compliment my main board (yes, bit weird since that main board doesn't exist yet!)
The opportunity arose to get hold of an Empress Zoia the other day, so I jumped on it, at a superb price and a massive saving, so I was excited. It was top of my list.
This tiny, tiny box of goodness arrived yesterday and to say I'm both inspired and over the moon would be a vast understatement. Yes, it's complicated to get your head around, but it's a delightful package and I'm excited to get up and running with it. Already, the controls are becoming second nature.
For such a complex device with seemingly endless possibilities, it's incredibly well thought out and the UI and interaction is impressive.
The sounds are superb, the right blend of weirdness and musicality that will compliment my ambition for the atmospheric side of things. I've not even started to build my own presets, I've only used the factory presets and out of the 50 available, I'd say that 90% of them are usable within a musical context.
I don't even have an amp yet, but I "needed" this!
Here are a few really simple clips, please excuse the playing, these are just example sounds (Fender Broadcaster > Zoia (stereo out) > RME Babyface Pro > Reaper > Amplitube (blackface model): 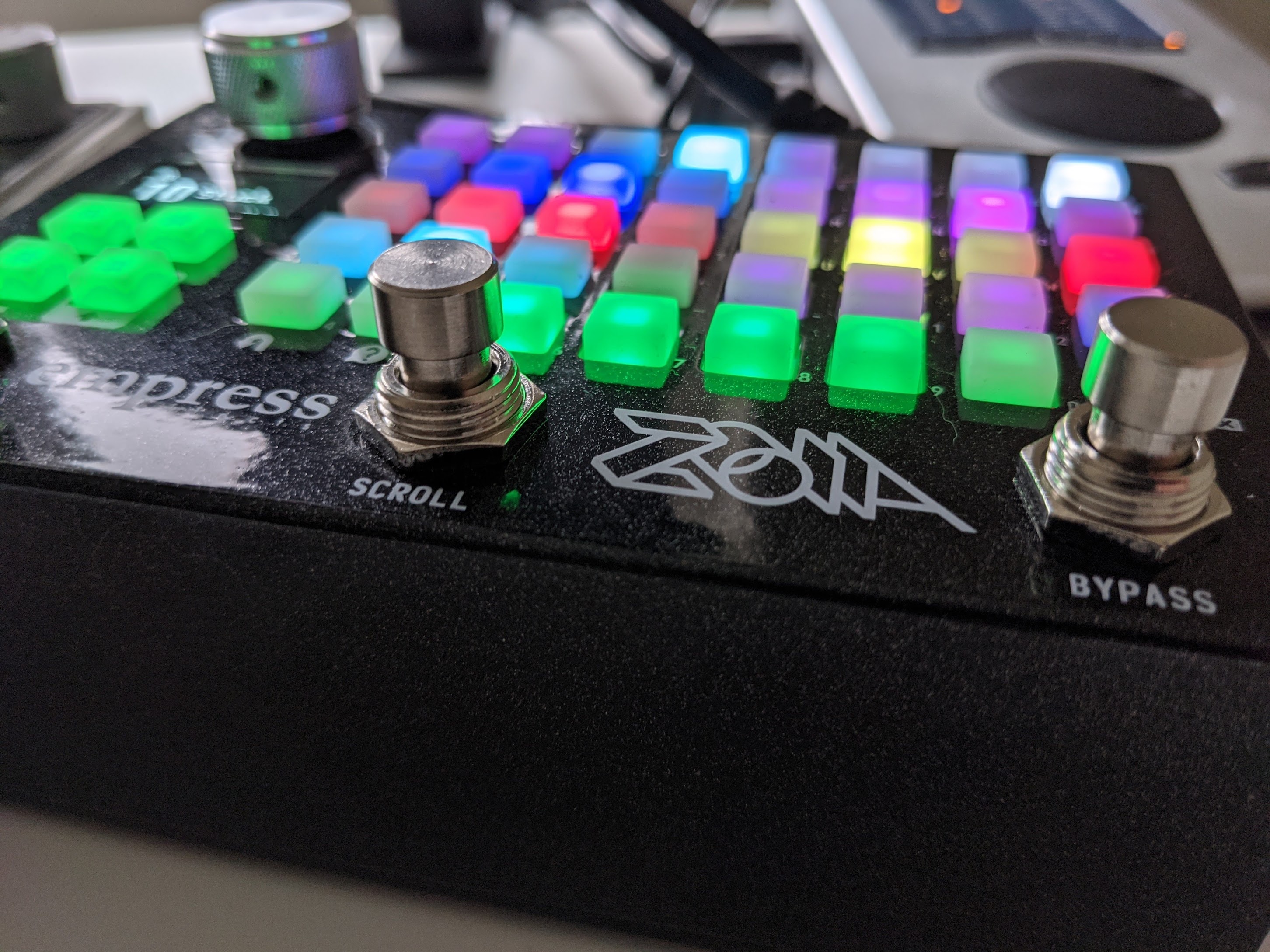 «123»
Sign In or Register to comment.
Base theme by DesignModo & ported to Powered by Vanilla by Chris Ireland, modified by the "theFB" team.