Cryptid Frets: 28
January 10 edited January 10 in Acoustics
Picked this up, secondhand, from Guitarguitar in Birmingham yesterday: 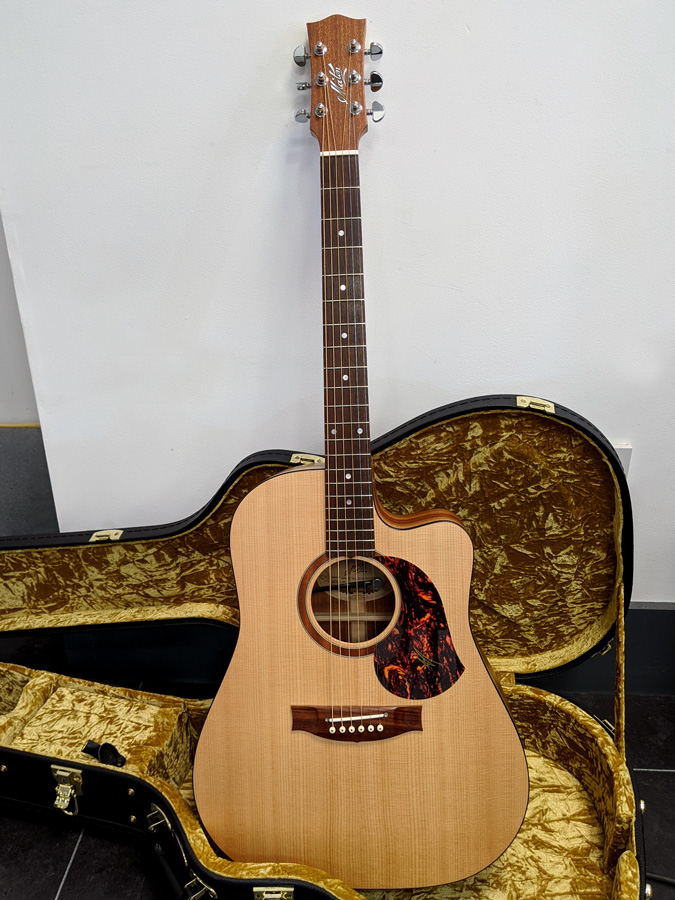 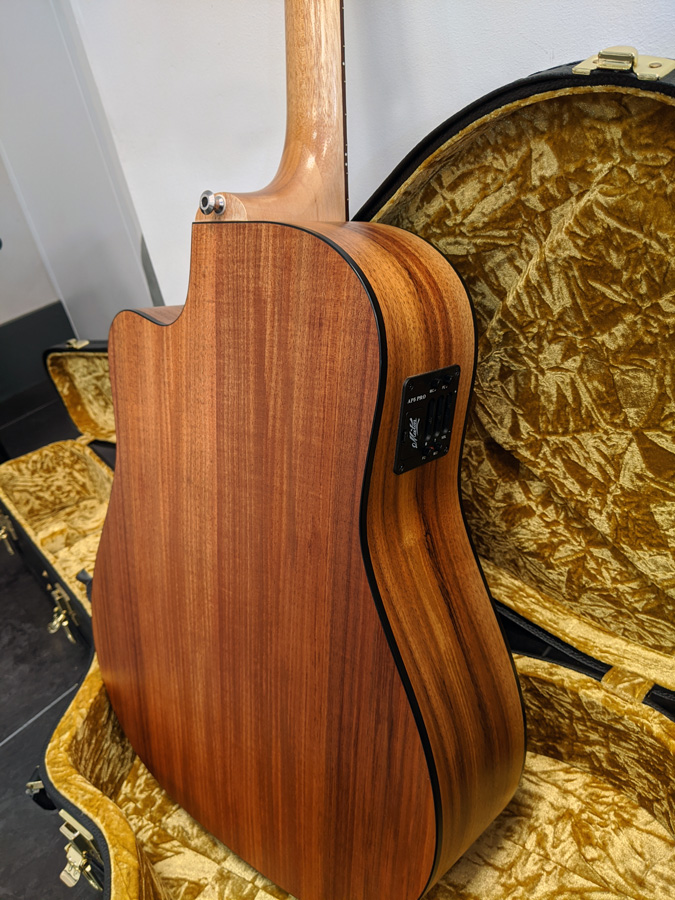 I accompany (and co-lead) a local choir who do classic pop, soul, disco and funk. All strumming with hooks suggested; pretty much non-stop barre, jazz and cowboy chords for hours on end, whilst singing and leading. It can be tiring!

I had a D28 which, although gorgeous, wasn't responsive enough for the quick, snappy muted rhythms.
I've been using a Hummingbird lately - beautifully rich, much quicker attack. However, the Baggs VTC pickup sounds truly awful for strumming and picks up none of the fret/muted string noise needed to convey the groove and help keep the choir in time. Since I haven't really bonded with this guitar I didn't want to start messing around installing expensive after-market pickups.

I went in looking for a nice dread with the following criteria:
I tried quite a few from all the big manufacturers. Some Taylors felt nice but the ES2 system wasn't cutting it for me. At all.
Takamine P3DC was a lovely guitar but still not the plugged-in sound I wanted. The only two in the shop which sounded right when strummed and amplified were the Aussies: Maton and Cole Clark.

The Cole Clark (Fat Lady) sounded incredible amplified: airy and natural. The guitar itself, however, was uncomfortable and uninspiring to play, with an nasal acoustic tone I couldn't possibly live with.

That left the Maton. I'd read about how dead their acoustic tone can be and thought that if they felt right and sounded great amplified, I wouldn't mind. I was pleasantly surprised when I picked it up! Not much sparkle or chime but incredibly resonant, wonderfully balanced, superb note clarity. A little dry maybe, but I found that actually suits the material I'd be playing on it. Being a fairly thick top, you'd expect to have drive it a little harder for a full sound. Yet it sounds great gently strummed with fingers or fingerpicked. Driving really hard with a pick, the tone gets fuller but with no growl or bark, retaining its clarity.

Plugged it into Fishman Loudbox Mini (the amp I use) and I couldn't believe what I was hearing. Simply the most natural amplified acoustic tone I've ever heard! The percussive mutes, string noise, fret noise (from a percussive slap) were all translated faithfully with the mic blended in. A bit of a honk at 1kHz but that was easily dialled out with the sweepable mid control on the preamp. The AP5 Pro pickup really is the best I've heard for a natural strummed sound (I've tried loads including the Trance Amulet). Whether I'll have to use a soundhole cover for louder gigs remains to be seen. No need for a separate preamp tho.

A nice, round medium carve on the maple neck and a 44.1mm nut width make it a dream to play. Dark and waxy rosewood board looks and feels like a Braz. Fit and finish is flawless. Satin finish is a nice touch too (can be sweaty work with the choir).

All in all, I'm extremely happy with my purchase and can't wait for our rehearsal tomorrow night. Feels like I found a good one. It really has ticked all the boxes and then some. I can't justify keeping the Hummingbird so keep an eye out in the classifieds soon.
0