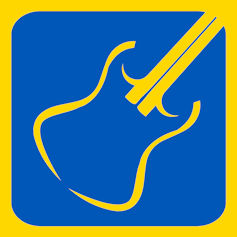 Let’s get one thing out of the way up front.

We think of theFretBoard as "ours".

That’s because we designed it, we built it and we maintain it. We care about how it’s used. We want people to enjoy using it, to enjoy how it looks and feels, to find content that’s interesting, or useful, or challenging, or just plain fun. We want it to become more and more popular, because the more people that use it, the more content we’ll generate, the more interesting, useful, challenging and fun it will become.

So it's  ours, but theFretboard is also yours to use and enjoy. With respect to everyone else that’s using it and enjoying it.

"You" is pretty much anyone who signs up as a member and agrees to use our forum in line with our standards - and this charter.  We welcome as many of you as we can find, because the more of you that signup and use the place, the more enjoyable it’s going to be - the more discussions there will be and the more knowledge will be shared.

As we’ve not taken the advertiser shilling, we’re hoping that our content can be a little more diverse and challenging.  We don’t have to worry about biting that hand, because it’s not feeding us.

There, we said it.

We want to have light-touch and reasonably transparent intervention.  Which means that we don't have blanket bans on certain topics - we trust our members to act like grown ups (in the pub), and we won't being sneaking around deleting posts or banning members without explaining why.

Yes, there are rules - though they're more like principles, or standards, or our expectations of how  grown-ups will behave on our forum.  You know how to behave when you go out to the pub without having to read a set of rules.  That approach should work here too.  Try not to spill anyone's beer.  Don't go around looking for a fight.  And if you don't like the group in one corner, go sit in another corner.

We’ve kept the rules simple, mainly because we’d rather be playing our guitars and using the forum than writing rules, arguing about how they should be interpreted, or applying them.

So "everyone" will not decide - we will.  If we think you’re being a dick, we’ll tell you.  Nicely (at first).  If you think someone is being a dick, then let us know, via a PM, and we'll take a look.

Of course, you don’t have to change anything.  You might like being a dick. That’s fine.  The internet is a big place, and for all we know, there’s a forum out there called "dicks’r’us" where you can happily be a dick all day long.  If we keep having to ask you (nicely) to change your behaviour,  we’ll suggest that you go find somewhere else to play.  That’s called "being banned".

We hope that bans won’t be necessary often.  We’ll give cooling-off time before we ban. We don’t really want to be banning forum members because that will diminish our forum, we’ll lose contributions, knowledge, and challenges.

This is already growing into quite a large forum, with a lot going on. So we (admins) can’t manage every aspect of it.  Which is where our mod-team come in.

The mods are there to keep everything running smoothly.  They’ll clean up when someone double posts.  They’ll keep a watch out for the spammers and vanish them.  They’ll move your thread when you post it in the wrong place.  They’ll help out with all the "how do I" questions.  And they’ll also keep an eye out for un-forumish behaviour.  If the mods tell us someone’s being a dick, we’ll generally believe them.

Mods are a bit like referees.  You don’t notice the good ones because they just keep everything running smoothly for the enjoyment of the crowd and the players.  They’re running everywhere, watching everything, but no-one really notices them.  We notice them though.

The mods do thankless work, but you'd soon notice a very messy forum if they weren't doing that work.  So please keep that in mind when talking to, or about, the mod team.

One of our principles is that we want to avoid the usual intrusive pop-up ads and banner ads, and in-line ads, and all those other examples of adform that plague the internet.

We’ll need to raise some money at some point to keep the lights on green, but we’ll try to be a little less intrusive and be a little more creative in how we do it.

However, we do welcome "businesses" (big and small) to join us, to participate in the discussions and to show us their wares.  Well, it saves us a trip to the shops, or having to leave the nice warm, friendly, theFretBoard site to look at other websites.

It’s a grey area, but we’re looking for our business members to inform rather than to advertise, to contribute something of value to the forum rather than just "mine is best" or buy it here" posts

If you don't like some aspect of how the forum works, let us know.  It will improve and evolve through time, although we've all got day jobs, and other things we like doing with our time, so sometimes the little things will take time.

If there’s something that you don’t like about how we run the place, or about this charter, then again, let us know.  We will listen, we will think and we will decide.  Sometimes we’ll agree with you and we’ll change something, and othertimes we won’t.

We hope you’ll understand what and why and when and how, but we won’t always agree.

We hope you’ll enjoy the forum and how we run it, but if you don’t, this isn’t Hotel California (you can always leave).

Please remember that we think of theFretBoard as ours - but there wouldn't be much point to it without you.  So, make yourselves at home.  Use it, enjoy it, and help us make sure that it continues to develop into the really great forum that it already looks like it's going to be.

Wisdom
This discussion has been closed.