Wazmeister Frets: 7503
September 2020 edited September 2020 in Amps
It's a question that has been asked many times, all across the world;

"Do you remember where you were when JFK was shot ?"

And people often seem to be able to pinpoint where exactly they were at the time. Not so Jim Royle, and his answer remains legendary...

" I don't know where the bloody hell I was...
but wherever I was - there's a bloody good chance our immersion heater was on..."

In a spurious and tenuous link, I want to ask "do you remember where you were when you first tried a modelled amp ?"

For me, it was in Apple Logic, when I played their version of the Deluxe Reverb, and hence went on to discover that I loved those Blackface tones. This in turn translated into an amp journey that took in Carrs, Tone Kings, Fenders, Redplates (my personal BF favourite - anyone know of a CDS2 for sale ????).

Anyway, as a 53 year old, I now play in a band that rehearses in the same room (a church Sunday school building) where it all started for me as a 14 year old !!! These days, though, I stomp up those stairs to the first floor a wee bit slower, with more gear and heavier loads than before ! And now there is a Stannah Chair lift that gets in the way of all carriage we make (we are, after all, getting older)... this will become relevant a little bit later into this review...

Still, the feeling of nostalgia is powerful and I'm grateful for it... 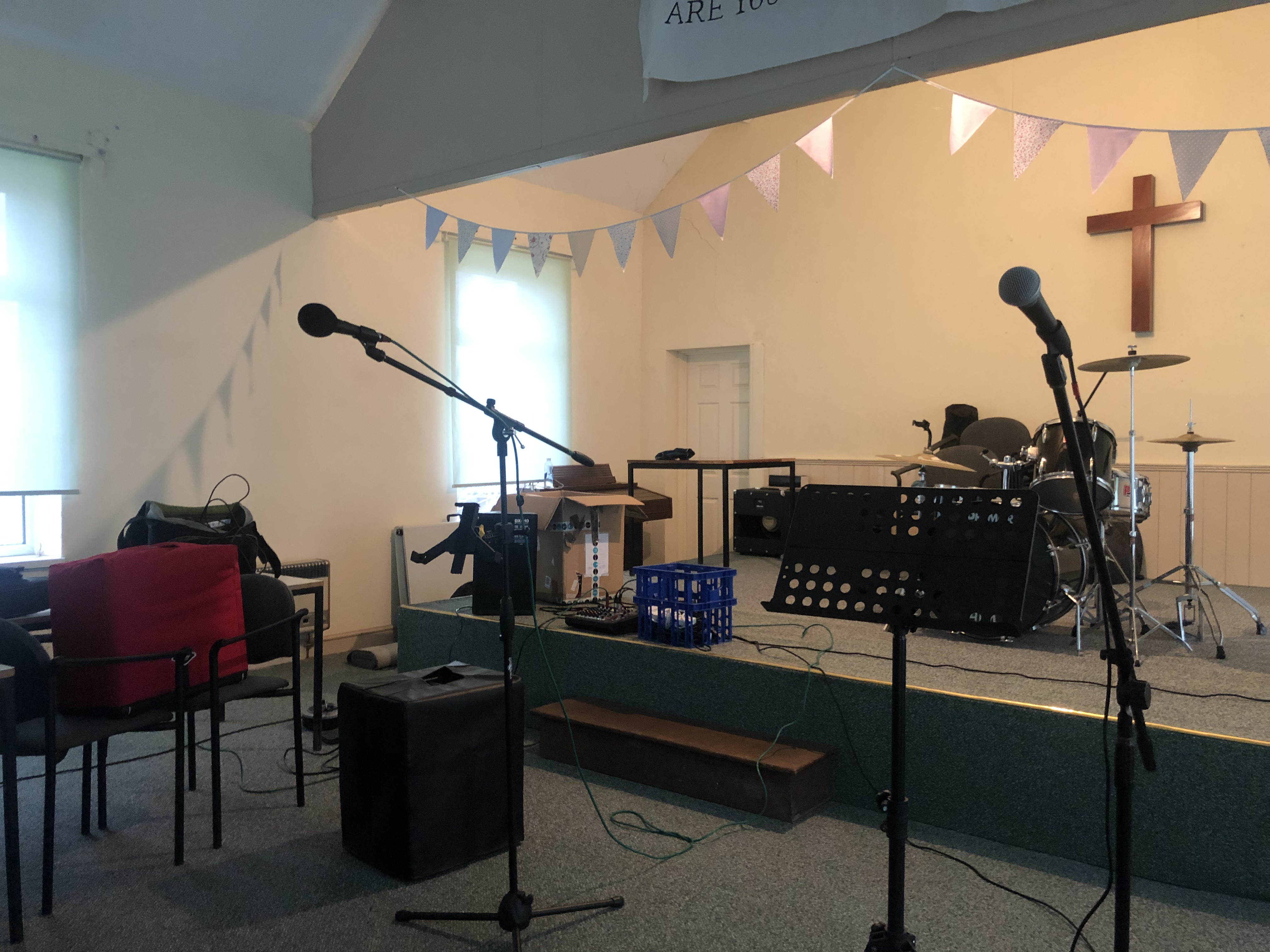 My main live/rehearsal amp is the superb Matchless Nighthawk. I love owning this, I love the way it looks, and naturally the way it sounds. An incredible 3D, room filling sound. It needs to be loud, and my only criticism is the stepped click EQ section of the amp. This is easily resolved with a good EQ, and they don't come much better than the Chase Bliss Automaton.

So, I reckon I first became aware of these watching Rhett Shull's YT video. Also, our own @chrisv produced an excellent one. I like Chris' video; always informative, great sounds, down to earth...

I tried them out recently when I tried a couple fo guitar shops, whilst researching neck types and styles on a forthcoming planned Telecaster purchase. I ended up with a CS 70th Anniversary Broadcaster - which is simply a stunning guitar. Research paid off; it's the best neck Ive ever played.... 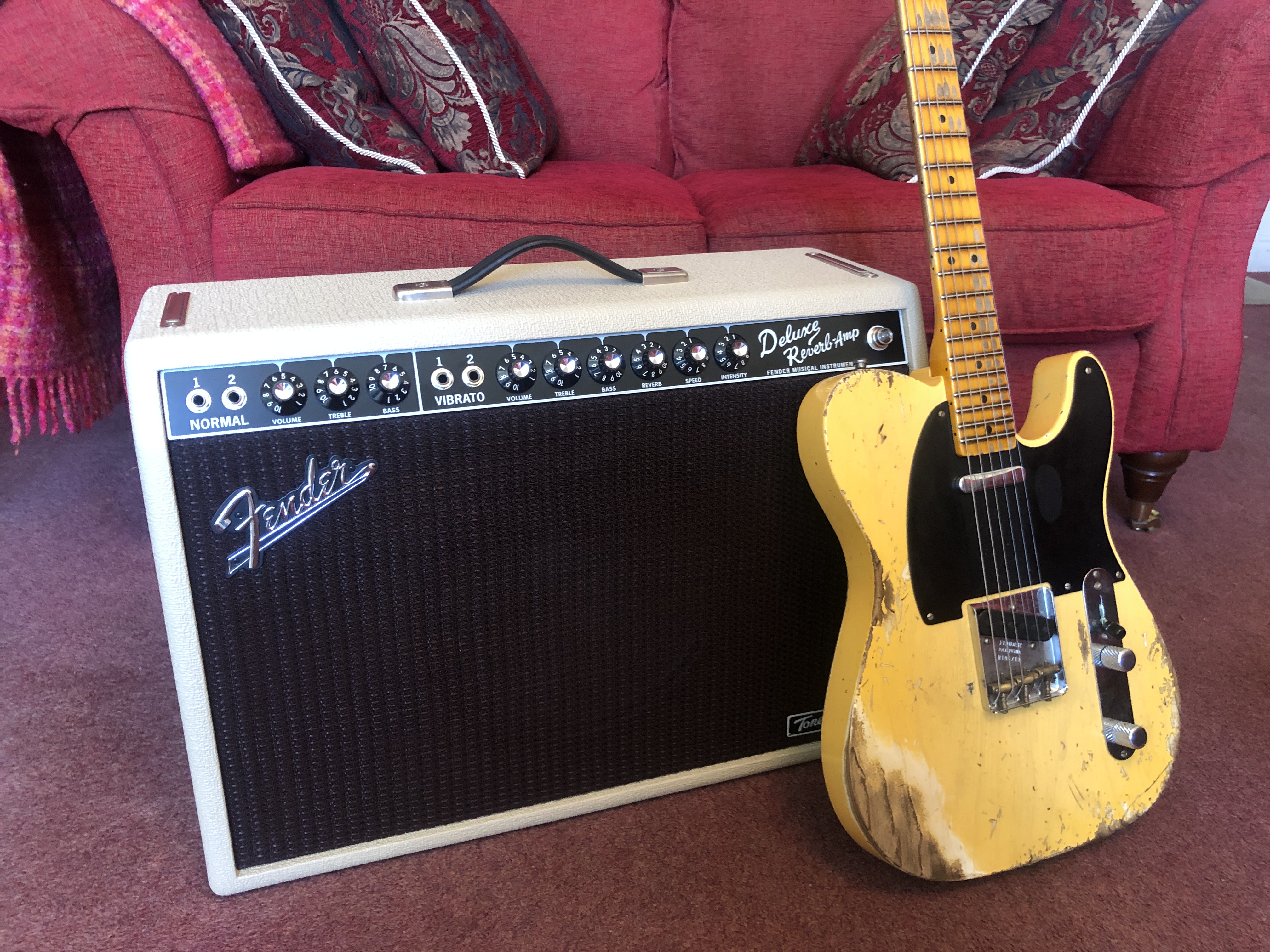 Anyway, there are two currently produced (well, 4 with the new blondes) - the Deluxe Reverb (1x12) and the Twin Reverb (2x12). Both look from the front, identical to their valve counterparts. Because these are not valve, they are 'modellers' of the Fender sound housed in their own (lighter) cabs with real speakers. They are, imho, dirt cheap - about £799 and £999 respectively (blondes about £50-100 more).

Both have reverb and vibrato on the Twin. Both come with Fender livery in black/blonde,a Fender cover, and strong robust outer packaging.

I tried a Blonde DR and a black Twin, at roughly the same time. The blonde (darker than in the above photo) is one of my favourite looking amps ever.

There is a mini USB underneath the chassis, and I did the new upload (better verb, vintage tones) and it was easy and worked as described.

So, I took both along to our rehearsal on Tuesday night this week. Dead easy to carry up stairs (even past the Stannah !), and tried them in a band context. They were both superb home amps - the reverb is very good actually, and I usually use pedal verb.

They are both loud, and the knobs are well set up, and the EQ is excellent.

With all modellers, (the Kemper reigning supremely for me) there is a difference in feel and projection live. It's inevitable. The warmth is not like a valve amp, BUT these are the best Ive used. They genuinely sounded and acted like their valve counterparts. In fact, they both probably held out a bit more before break up than the 'real' Fenders I've used.

The weight of these Tone Masters is naturally an attraction; many of the YT videos have majored on this point - the Deluxe Reverb (DR) can be lifted by one finger ! It is indeed lighter than a pink gecko...

The line out at the rear of the amp is superb; I plumbed it straight into our PA, and it worked effortlessly. It has a Fender volume knob fitted to it, helping to control that line level out. Ideal, and much missed by me since I sold the Carr Mercury V. There is a simple off-cab sim1-cab sim 2 option. Love it, and no need to be trying 673 IRs.

This amp can get loud; the attenuator/output power options are effective, and 'stepped' just right. At rehearsal with a full band (loud drummer, bass and 2nd guitar), I never had it at the full 22w setting. One big concern was that it wouldn't be loud enough or cut through the mix live. I can assure you that this is definitely not a problem.

However, the attenuator/output power knob is flimsy to touch. I would have preferred it stiffer and more robust, as the nun said to the Bishop...

I preferred the DR straight away. Don't get me wrong the Twin is superb; sounds AND acts like a Twin; I did consider buying both but quickly came to my senses.

The real strength is how they respond to pedals, and riding the pots on the guitar. The DR was used for most of the night, and it cleaned up amazingly; I mean really well. Just using the CB Automaton as the sole pedal, and the Broadcaster, I could get all manner of tones I need live. The band commented how good the DR sounded, and thats praise indeed from our lot !

Our drummer is loud, and I never felt the DR was being overwhelmed or lost.

It never farted out, like a DR can. Break up was natural and involving.

I'm delighted.
Maybe in the future I’ll yearn for a real DR again, or hanker for hand aired tones and ownership. Until then, this seems an ideal solution. Not a menu or screen in sight, and my back, knuckles and knees will be thankful

The next step is a two amp set-up with the Matchless ! 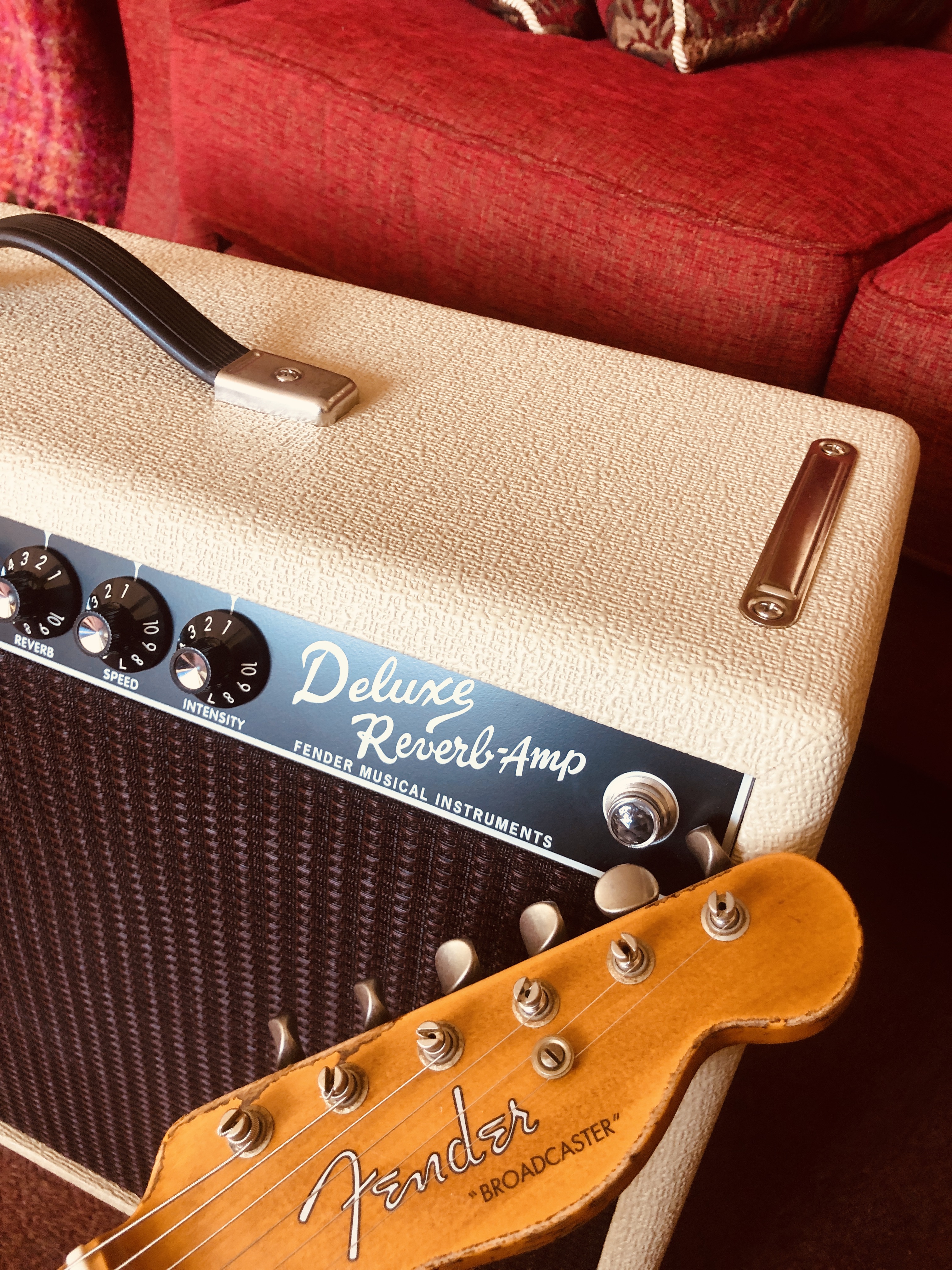 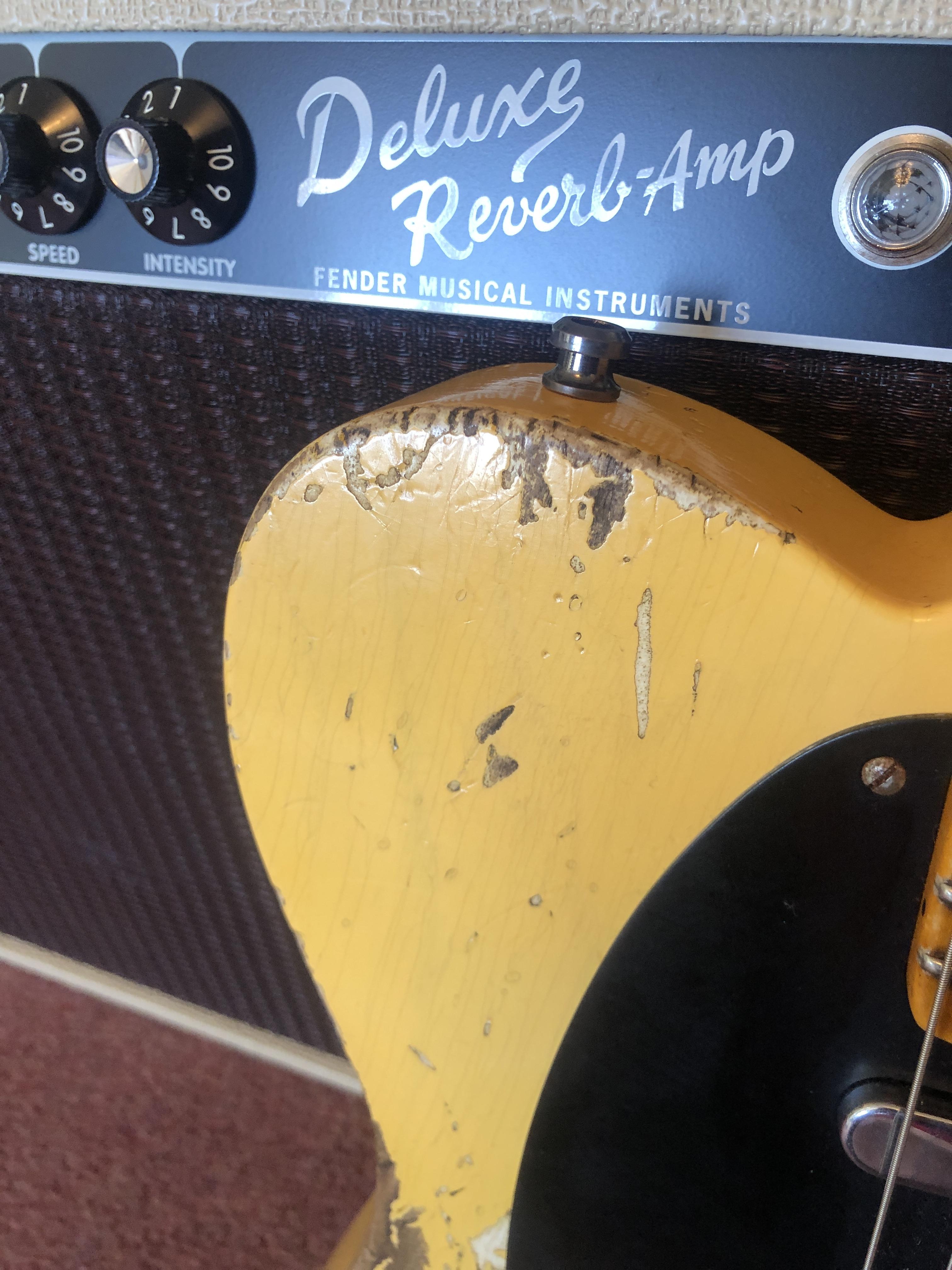 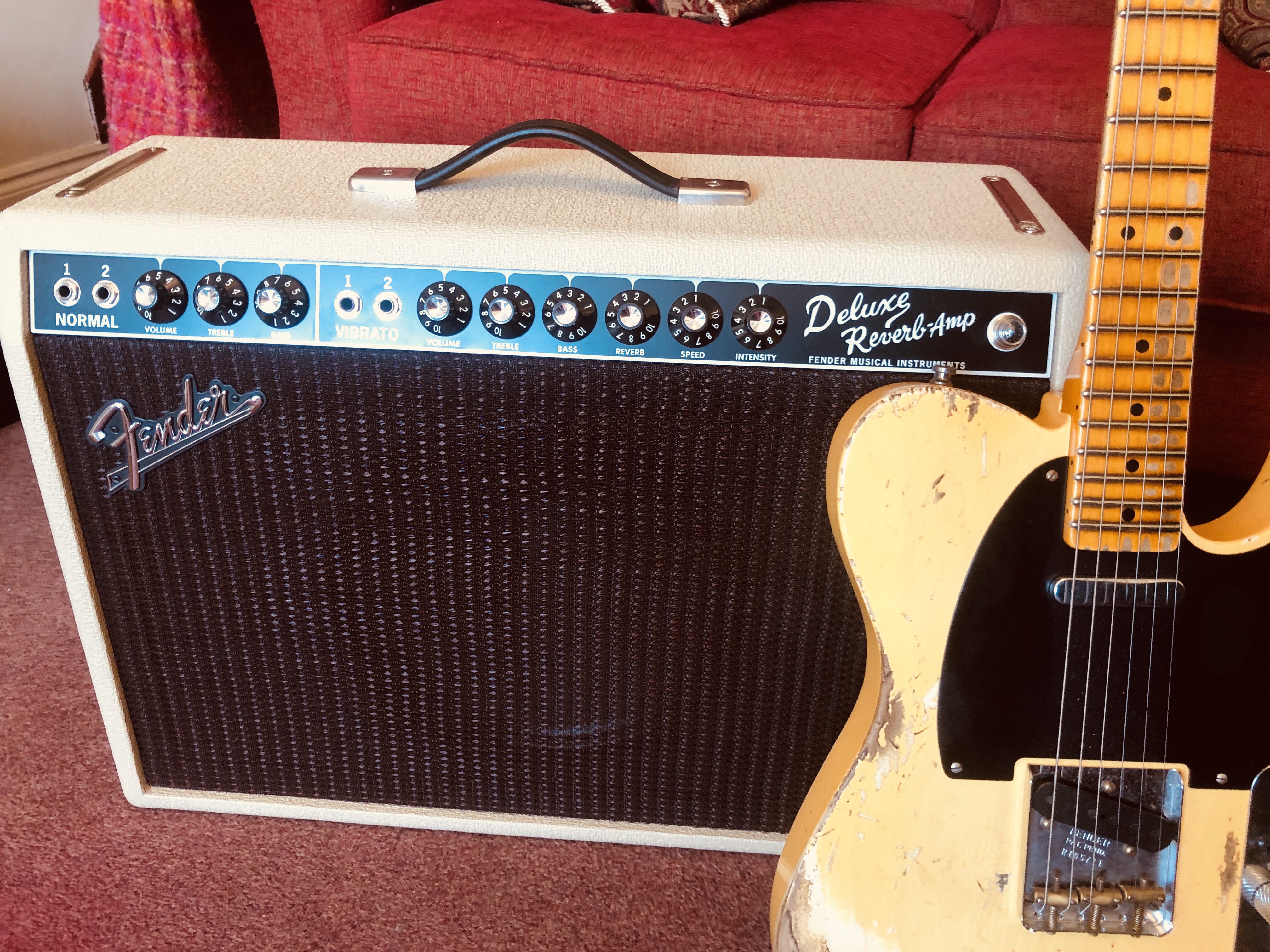