WezV Frets: 12791
October 2021 edited January 4 in Making & Modding
Time to start planning the next one.   Going to go for a different shape this time.

First thing first, I need to make some plans.   So with a head on picture, and some dimensions from @PhilKing ;; I managed to print out a  tiled PDF of the right size.   It looked tiny, so I had to check with an actual part 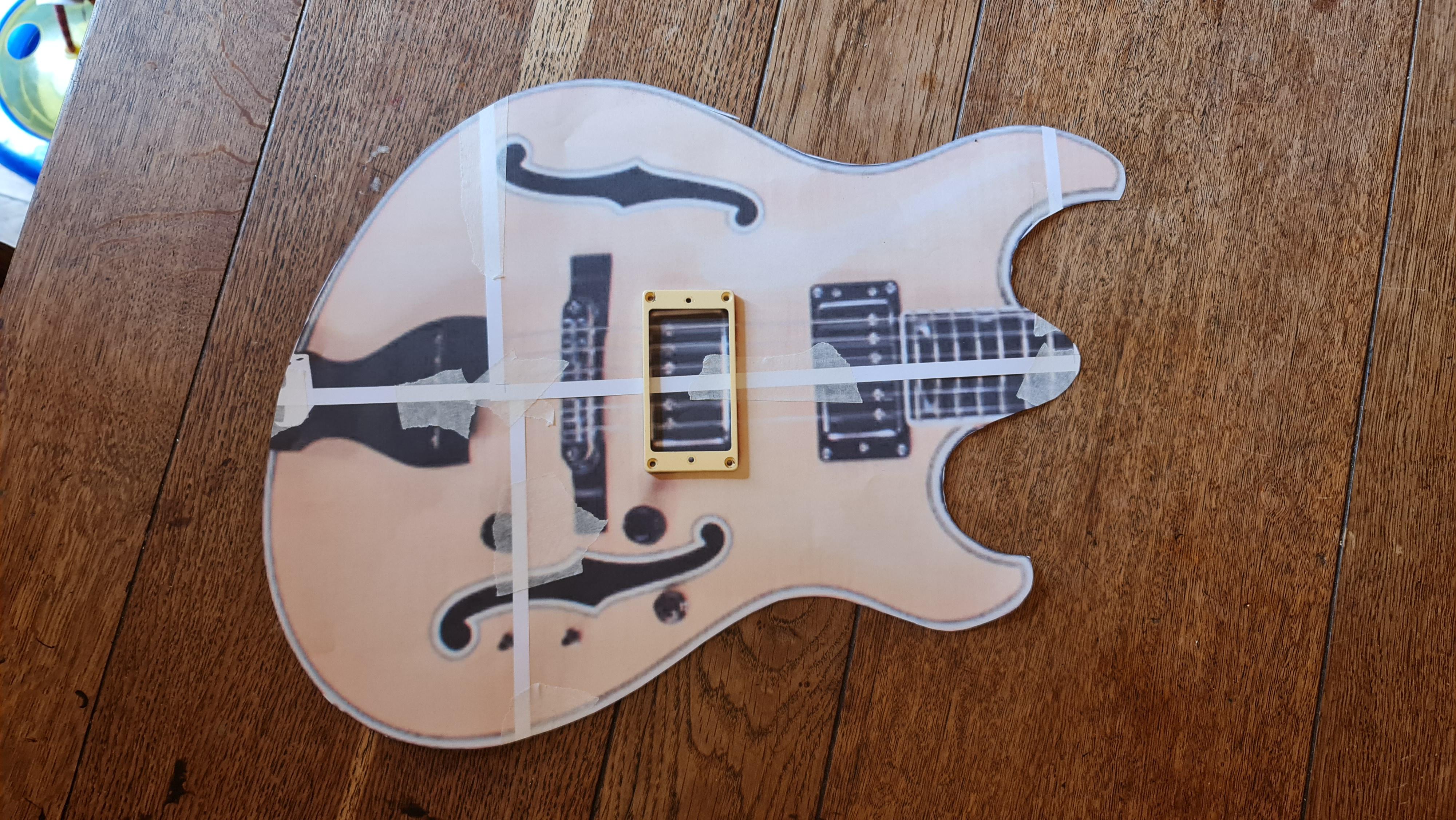 I'm gathering woods. so far we have a walnut back and sides.  Back will be flat/domed rather than carved.  Some cherry as an option for the carved top, and some other bits of wood on the way

«1234»
Sign In or Register to comment.
Base theme by DesignModo & ported to Powered by Vanilla by Chris Ireland, modified by the "theFB" team.