Grangousier Frets: 1552
November 2021 edited December 2021 in Misc £
I got this to store my Jazzmaster and later a Jaguar, but for reasons of space find it's surplus to requirements. It's not left the house since I got it home and I even found I still have the original shipping box.
These cases have the most satisfying latches I've come across, which isn't that important, probably, but I like it. If you do have a treasured Fender offset, this would be the perfect case for it (it'll only fit Jazzmasters and Jaguars).
Collection (SE1) /handover preferred, postage possible but extra. The box is 15cm x 48cm x 116cm, and the weight of the case is 5.4kg. According to Parcel2go this would be about £10 via Hermes, or about £20 via Parcelforce, though I'd be inclined to let the buyer choose their own courier and make the trade off between speed, cost and dodginess themselves.

Here's the Fender product page for it.
Here are my photographs of the actual case, with surrounding clutter crudely photoshopped out (in case you're wondering why the background is weird). 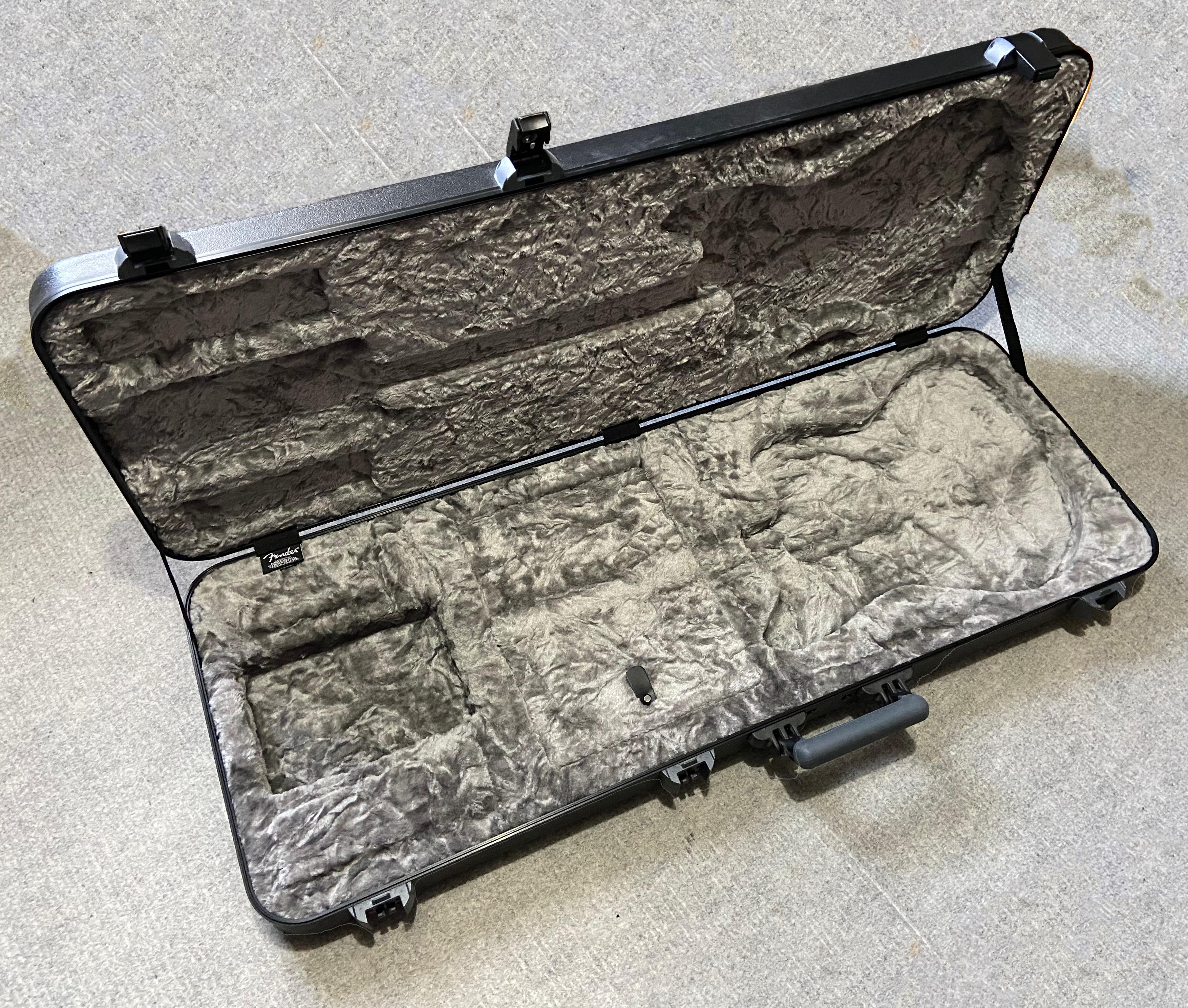